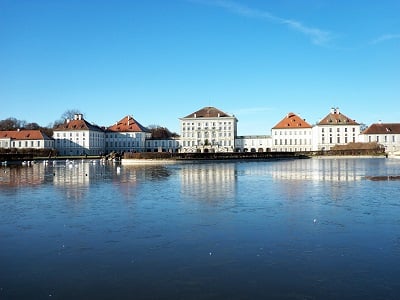 Schloss Nymphenburg in Neuhausen & Nymphenburg is a baroque palace which served as summer residence of the Bavarian kings. The palace was commissioned by the prince-electoral couple Ferdinand Maria and Henriette Adelaide of Savoy to the designs of the Italian architect Agostino Barelli in 1664. Joseph Effner redesigned the facade of the center pavilion in French baroque style in 1716. In 1826 Leo von Klenze removed its gables with the electoral coat of arms and created an attic decoration directly under the roof instead. The palace is surrounded by a spendid 200-hectare (490-acre) park. The palace is open to the public and also houses several museums such as the Marstallmuseum, the Porzellanmuseum München, the Museum Mensch und Natur and the Erwin von Kreibig-Museum.

Residenz is in the City Center, between Odeonsplatz and Max-Joseph-Platz. Built in 1385, the Residenz was originally a small moated castle, and was gradually expanded by the Wittelsbach rulers who used it until 1918 as their residence and seat of government. The Residenz consists of three parts the Königsbau, the Alte Residenz and the Festsaalbau. A wing of the Festsaalbau contains the Cuvilliés Theatre since the reconstruction of the Residenz after World War II. It also houses the Herkulessaal (Hercules Hall), the primary concert venue for the Bavarian Radio Symphony Orchestra. Highlights of the Residenz are the Renaissance Antiquarium, the Baroque Ancestral Gallery and the royal regalia of Bavaria inside the treasury. 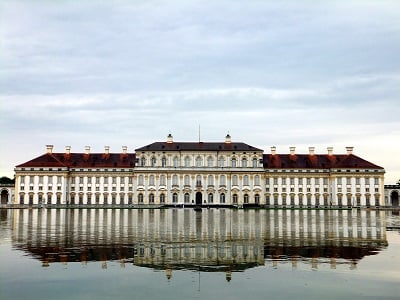 Schloss Schleißheim — just outside of Munich, can be reached by taking the S1 S-Bahn to Oberschleißheim. The palace is a jewel of Baroque architechture. Built during the reign of Elector Max Emanuel, it was intended as a royal residence, though the Elector himself was forced into exile and never lived here. Building work begun in 1701 by Zuccalli and continued between 1719-26 by Joseph Effner. French architectural features are evident in the facade and the most impressive rooms are the Große Saal, the Viktoriensaal and the Große Galerie. Worth noting is a terrific 980-seat beer garden, Schlosswirtschaft Oberschleissheim, literally on the palace grounds. 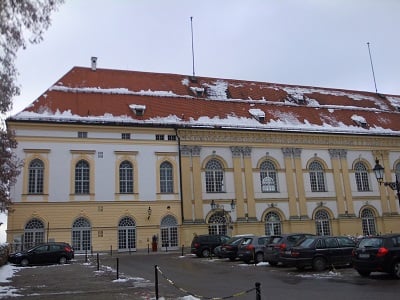 Schloss Dachau — also outside of Munich. The castle was constructed around 1100 as a castle by the cadet branch of the House of Wittelsbach, but demolished between 1398 and 1403. William IV of Bavaria and his son Albert V ordered the construction of a Renaissance style four-wing palace with a court garden on the site of the old castle. The new building was designed by Heinrich Schöttl; construction began in 1546 and was completed in 1577. It later became the favoured residence of the rulers of Bavaria. In 1715, Maximilian II Emanuel commissioned a redesign in Baroque style by Joseph Effner. 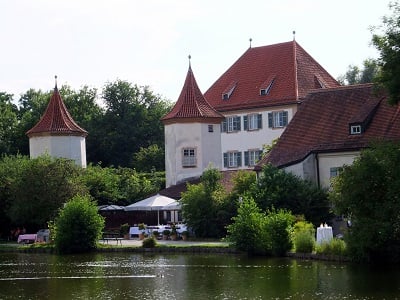 Schloss Blutenburg _ Small castle just outside of Munich. Very beautiful and has a superb beergarden.